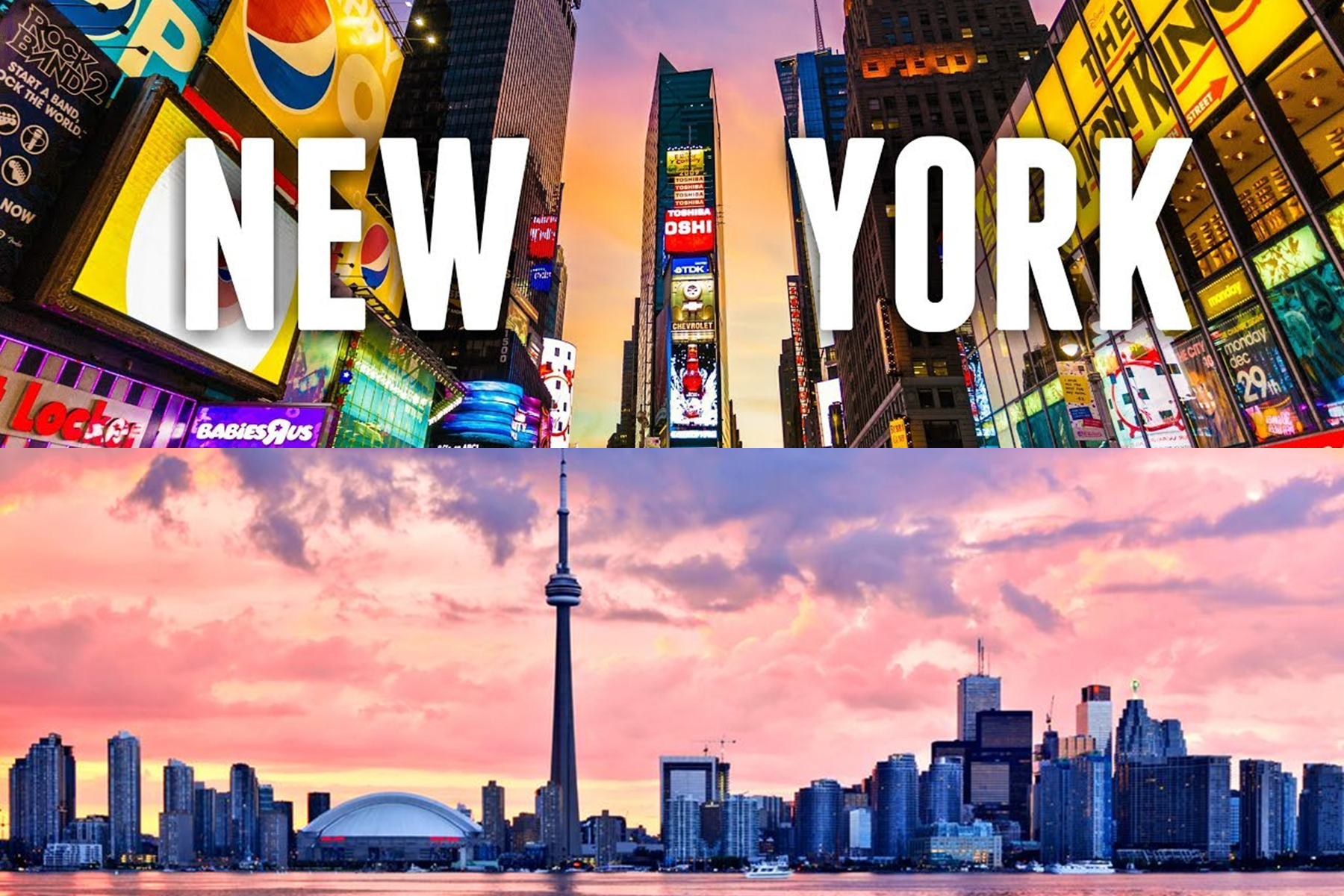 Arrival in SFO international airport at 6.55pm. Greet and meet by your tour guide. Transfer to dinner and night in San Francisco.

Breakfast at hotel. Full day city tour in San Francisco will start with the famous Golden Gatebridge and the iconic Lombard street. Stop for lunch before taking in the other city landmarks, including Pier 39, the, Union Square, Chinatown, and Nob Hill. End your tour with a night view of the city from the Bay Bridge.

Dinner and night in San Francisco.

Today we will head to Yosemite National Park. Breathtaking scenery like the Bridal Veil Fall, El Capitan, Merced River, Half Dome, and Yosemite Falls will immerse your senses and bring you back to nature. Yosemite National Park in central California is best known for the amazing granite cliffs of the Yosemite Valley as well as the towering Yosemite Falls and Sequoias. Millions of people every year journey to this UNESCO World Heritage Site. Dinner and night in Fresno.

Breakfast at hotel. Travel through the desert, passing Death Valley on your way to Las Vegas, the gambling capital of the world. Stop for lunch in Barstow at an outlet mall, with a number of shopping options for those interested. Arrive in Vegas and take a tour of the strip in the evening, seeing the many hotels and fantasies in the middle of the desert, including Caesar’s Palace, Luxor, Mirage, Paris, Venetian, Bellagio, New York New York, and Treasure Island. Finish the evening at a show(Optional), or try your hand at a casino. Who knows—maybe you’ll get lucky?Night in Las Vegas.

Breakfast at hotel. Travel southeast through the desert and the Navajo Indian reservation, coming to the West Rim of the Grand Canyon. Stop for picturesat the beautiful Hoover Dam – the largest reservoir in the United States by volumeandlakeMead – the largest man-made lake in the world.

Your journey continues as you pass by Diamond Bar Ranch and travel through the second-largest Joshua Tree forest in the state. Arrival later on in Grand Canyon West. Get on a bus to Eagle point. Named for the eagle-like rock formation visible here, this area is the home of the Skywalk – the famous glass bridge offering visitor breathtaking view of the Grand Canyon. Guests are free to explore the Indian Cultural Village and the rim.We will next experience the ancient geological rock formations of the Grand Canyon from Guano Point, a pyramid point made of rock. Guano Point that boasts a spectacular viewpoint jutting out into the canyon, offering visitors a near 360-degree canyon view.You may even have a chance to meet Hualapai Indians in full tribal dress as they perform traditional cultural dances (subject to availability).Return to Las Vegas at the end of the day. Dinner and night in Las Vegas.

Breakfast at hotel. Free time to enjoy your resort or trying more of gambling. Today you can also spend your time at one of the 2 huge premium outlet of Las Vegas. Shop more for less at outlet fashion brands like Tommy Hilfiger, Adidas, Michael Kors and many more.You will be picked-up for dinner. Transfer to Las Vegas airport for the flight to New York. Departure at 10pm.

Arrival in New York in the early morning. Transfer to restaurant or hotel for breakfast.Comfortably seated in a modern coach, you will start visiting the vibrant city of New York with Rockefeller Center and Times Square along Broadway. You will see Empire State building, Flatiron building, Union Square, Madison Square Park.Lunch in Chinatown.Check-in hotel for rest. After dinner, you will be enjoying a night sightseeing walking tour to admire the city that never sleeps!Night in New York

Breakfast at hotel. Travel south this morning to Philadelphia for sightseeing focusing on the important buildings of this historic city, the “Birthplace of the Nation.” Visit the Independence Hall and see the Liberty Bell. Previously the bell was placed on the tower of the Presidential Palace. Now this historic bell is kept in a private museum in Philadelphia each year with over 10 million visitors including the Heads of State.After lunch, route for Washington DC. We may stop in the “tax free” state of Delaware where you can get all Apple items at cheapest prices!Arrive in Washington DC in the evening. Dinner and night.

Breakfast at the hotel. We begins the journey up North America to Pennsylvania, visit the famous chocolate factory Hershey Chocolate World in Harrisburg. You will enjoy free chocolate with different flavors. After lunch we continue the journey to Niagara Falls. Check-in hotel for a short rest.After dinner, you will stroll to Niagara Falls area to enjoy night view with shimmering lights. You are free to take pictures with the world’s most spectacular waterfall at night…Night in Niagara Falls.

Breakfast at hotel. Visit a masterpiece of nature: Niagara Falls – one of the most popular tourist destinations in the US and Canada, with waterfall groups such as: Horsetail Waterfall, Bridegroom Waterfall, American Falls … Take a Maid of Mist cruise to enjoy fully Niagara Falls … Contemplate the Skylon Tower next to Niagara Falls. After that check out of the United States and entry to Canada. Route for Toronto. Visit this cosmopolitan city – known as one of the largest multicultural cities in the world with highlights: Queen’s Quay Harbour front – Toronto’s famous harbor, CN Tower – Canadians’ pride with more than a third of a mile high. Continue exploring other city sights including Ontario Place, city Hall, the downtown banking district; Roger’s Center.Dinner in Chinatown. Night in Toronto.

Breakfast at hotel, check out. Get to Gananoqueand take a cruise in the heart of the 1000 Islandsto admire the wonders of the Thousand Islands. See Boldt Castle, the Statue of St. Lawrence, 1000 Islands International Bridge and Zavikon Islands containing the smallest International Bridge in the world. Zavikon Island – the island most photographed, consists of two tiny islands located close together, near the village of Rockport. The larger island belongs to Canada while the small island to the United States. The tiny pedestrian bridge connecting the two islands is considered to be the shortest international bridge in the world.

We arrive later in the afternoon in Ottawa – the Canadian capital, located on the border between the two states Ontario and Quebec, one of the two mainstream capitals (English and French). Take pictures ofOttawa Parliament Buildingsthat consists of three Gothic buildings: the Canadian Mint, The Rideau Canal and the hexagonal National Arts Centre.Dinner and night in Ottawa.

Breakfast at hotel. Route to Quebec – a cultural, historical and tourist center of the French Canadian community. Visit the Old Quarter, which is recognized as a world heritage site with its churches, stone houses, narrow streets… and many historical treasures on the banks of St. Lawrence River. Visit Frontenac Castle. Within its walls reside the Place d’Armes, Laval Seminary, the star-plan Citadelle with grand vistas from its bastions, and ancient Place Royale. See the Old World houses crowding narrow streets in Lower Town and the historic Plains of Abraham, where General Wolfe stormed the slopes.

Dinner and night in Quebec city.

Breakfast at hotel. Drive to cosmopolitan Montréal, one of Canada’s largest cities, home of Expo ‘67 and the 1976 Summer Olympics. Visit Saint Joseph’s Oratory – Canada’s largest Catholic Church, located at the highest point in Montreal. Next we will see Mount Royal, which annually attracts more than two million pilgrims. After lunch, continue to visit Montreal City Hall – 5 storeybuilding built from 1872 to 1878, recognized as a National Historic Site of Canada in 1984. Dinner and overnight in Montreal.

After breakfast, depart to America.Journey south and cross the border into the US to Boston – the largest city and also the capital of Massachusetts. Full day city tour of Bostonwill take you to: Trinity Church – Boston’s the most ancient church, unique architecture, special statues of the Holy Trinity; The Hancock Building, now considered one of the most spectacular buildings in Boston; Harvard University – America’s oldest and the most prestigious university. Next, see Freedom Trail and Faneuil Hall, with a chance to browse in Quincy Market.Dinner and overnight in Boston.

After breakfast, return back to the vibrant city of New York. Arrival in the afternoon.

Breakfast at hotel. Enjoy another day in New York! Boarding for NYC Sightseeing Cruise to see NYC skyline including Brooklyn Bridge and Statue of Liberty.Lunch in Chinatown.Transfer to JFK New York airport for the flight to Los Angeles, departure at 6pm.Arrival in Los Angeles at 9pm. Transfer to dinner and hotel in Los Angeles.

Breakfast at hotel. Full day sightseeing tour including: Beverly Hill – home to the splendid villas of American entertainment stars and expensive fashion boutiques; Hollywood Walk of Fame – where the stars are immortalized by receiving stars on the sidewalks of Hollywood Blvd; Dolby Theater – the venue of the annual Academy Awards ceremony and Chinese Theater – home to many premieres.

After lunch you will go up to enjoy the stunning view over Los Angeles city from the Griffith observatory. The observatory is a popular tourist attraction with a close view of the Hollywood sign and an extensive array of space and science-related displays. Dinner and explore Little Saigon where the biggest Vietnamese community lives and works.Night in Los Angeles.

After breakfast, free at leisurein the morning. Get rest and relax or you can also enjoy shopping at the huge South Coast Plaza or the Outlets at Orange to find your favorite items. You will be picked up for a farewell party before heading to LAX airport and catch your flight home. Direct flight departure at 10.40pm.

Arrival in Melbourne at 7.30am

Note: Price is per person based on twin share.  Deposit of $1000 per person is required for booking.  Final payment must be collected 60 days prior to departure.

If you need help with your booking or just have a question, please don't hesitate to contact our customer service team. Please allow up to 24 hours for response to email and feedback requests.